You may be wondering "What the heck is a hasselback?" Here is a quick history lesson to bring you up to speed. Our concept of "the hasselback" was inspired by the crispy, accordion-like potato developed in a Swedish restaurant. The idea is simple: you take a potato and make thin slices crosswise toward the bottom of the potato—but not all the way through—so as it bakes the slices fan out while keeping the potato whole. With the flesh of the potato exposed, you're free to douse it with butter or oil and whatever seasonings you like. The result is a uniformly flavored potato that's part french fry, part baked potato and voilà! The hasselback potato was born.

But why does this genius flavor-infusing idea have to stop with the potato? It doesn't. We took some creative liberties and applied this concept to more veggies and the results were amazing. Just follow the simple steps below and you too will be hasselbacking like a pro. 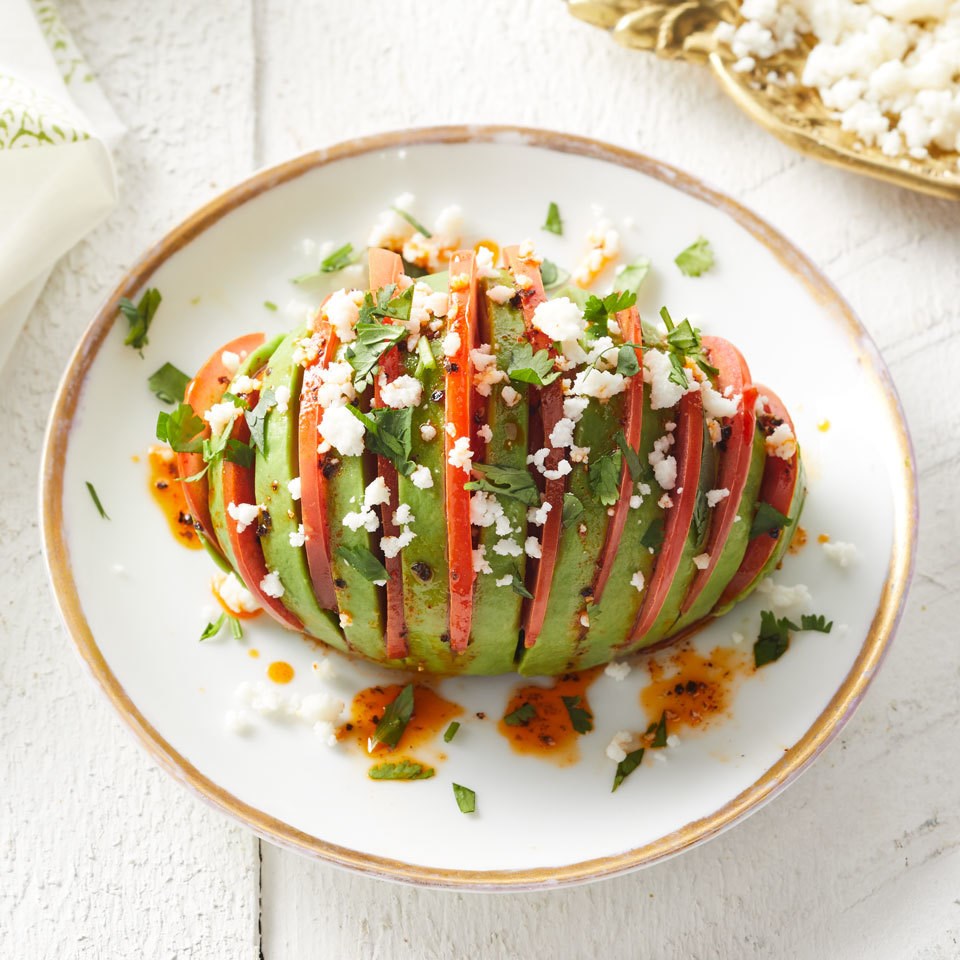 Many vegetables are primed for a good hasselbacking. We found that vegetables with a uniform shape were the easiest. You also want to be sure that whatever you choose is large enough to withstand the slicing and stuffing, but not too large! Aim for vegetables that one or maybe two people could eat as a single serving.

Some good choices are:

Start with a sharp knife. You'll want to make slices anywhere from every 1/2 to 1/4 inch along the length of your vegetable. The more slices you make, the more flavorful the end result will be. And remember: You're NOT slicing all the way through to the bottom, because you want the veggies kept whole. Admittedly, this can be a little tricky, but there's an easy way to make it almost foolproof:

Set 2 chopsticks (plastic are best) on either side of whatever you're cutting.

The knife will stop at the chopsticks, automatically leaving the bottom intact. 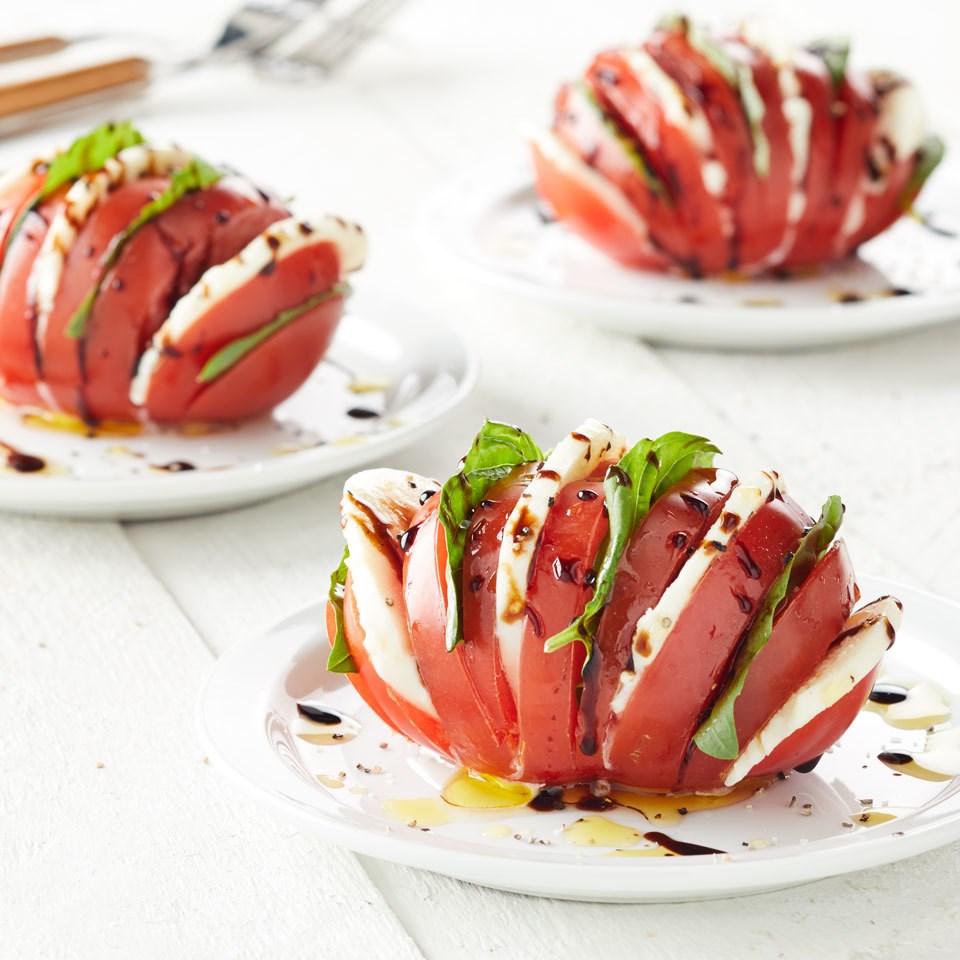 Anything goes in terms of flavor. Dried spices or finely chopped fresh herbs combined with extra-virgin olive oil or a little melted butter is the simplest way to infuse flavor. You can drizzle it on before or after cooking. You can stuff your perfectly sliced vegetable with slices of cheese, cured meats like pepperoni, smoked sausage and even other vegetables. A few things to keep in mind if you want to take that route: Keep your ingredients for stuffing thin. Otherwise, you might break the vegetable apart when you're forcing them into the cuts. Longer vegetables like cucumber and zucchini start to curl if they're overstuffed. To minimize that effect, try stuffing every other cut or so with filling. 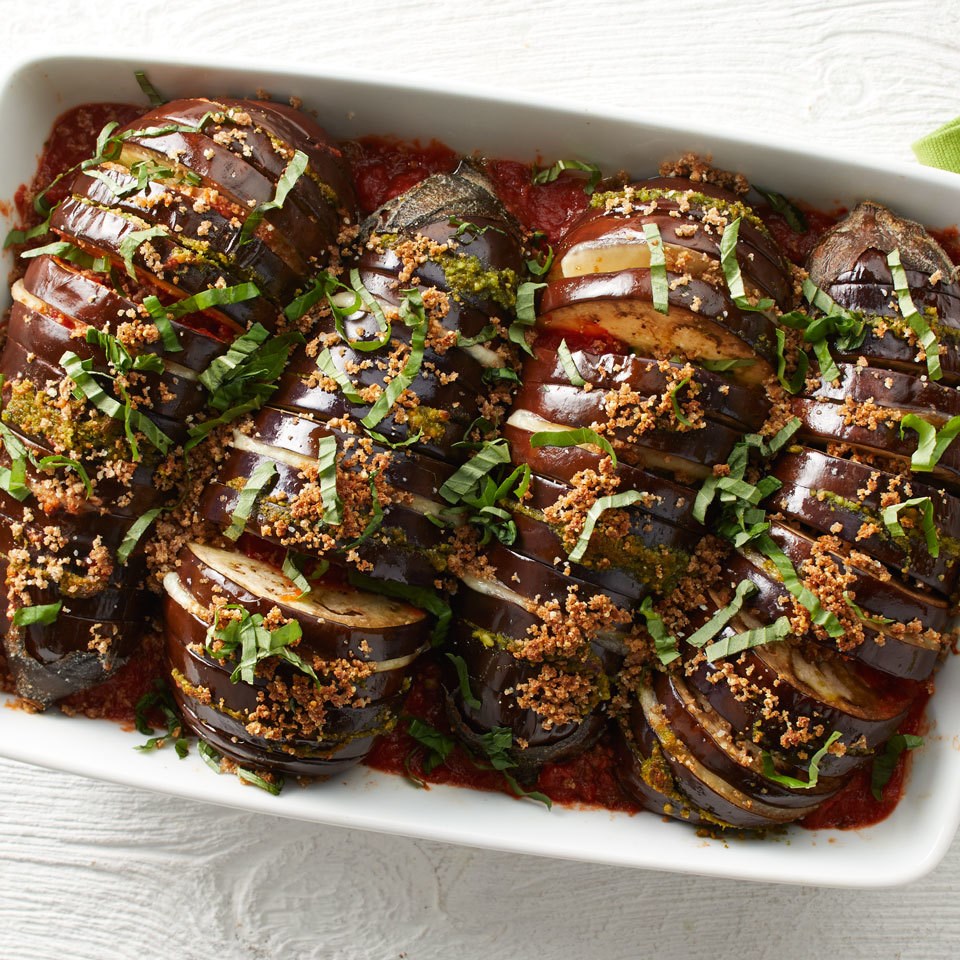 You can roast, broil or grill your hassleback vegetables. If you feel that they're particularly fragile, roasting or broiling is the way to go. If you use the grill, place a double layer of foil on top of the grate and don't flip the vegetables while cooking. Of course, you can skip cooking altogether. Tomato and avocado can be sliced, stuffed and enjoyed as is for a show-stopping side dish.