If you're craving the flavors of chicken but you'd rather skip the animal products, you will definitely want try our vegan chicken nuggets recipe. Our nuggets are made with seitan (also sometimes called "wheat meat") and a blend of seasonings that gives them a surprisingly chicken-like flavor. Then they're baked until crispy for a plant-based treat kids and adults alike will love.

Watch our IGTV series, Veganize It, to see how to make this dish and more vegan versions of your favorite dishes.

Related: Learn to Make Vegan "Scallops" That Fool the Eye and Taste Amazing 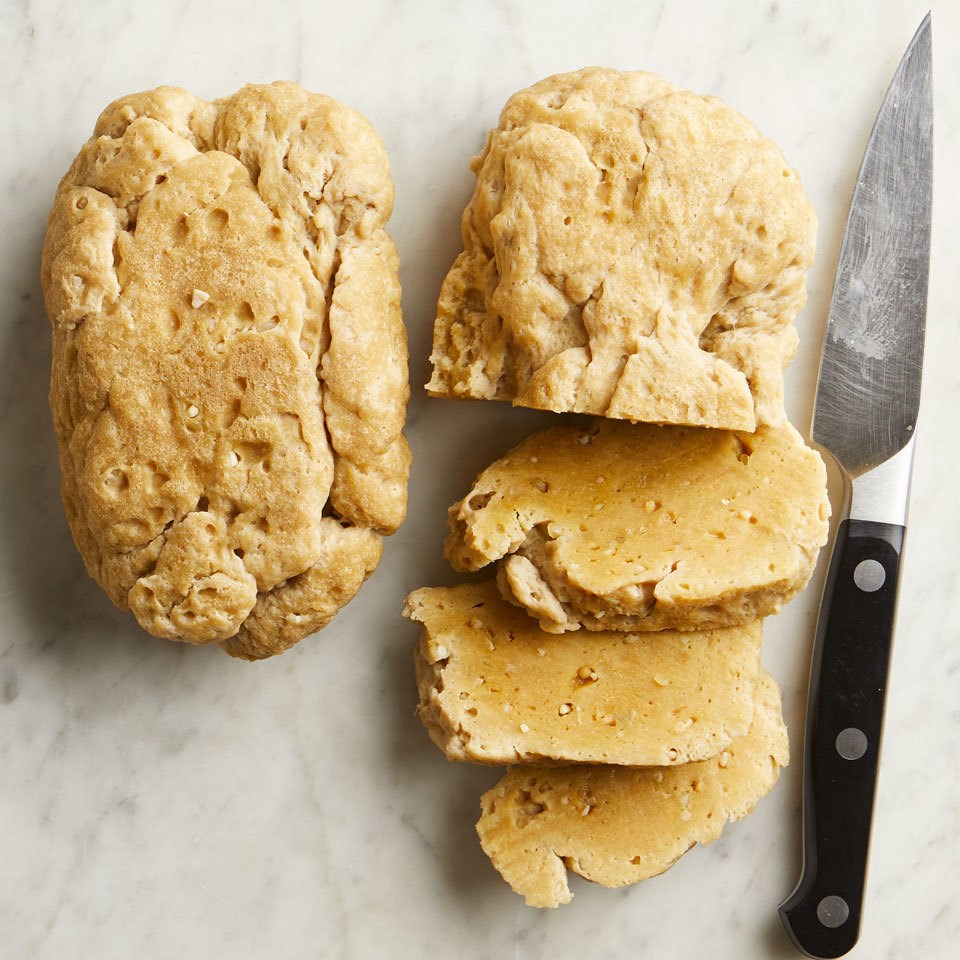 These chicken nuggets are made with seitan, a dough made of wheat gluten. When cooked, seitan closely resembles meat in taste and texture. Seitan is easy to make at home (see the recipe above) but you can also buy it at health-food stores and many supermarkets—look for it near the tofu. In addition to these nuggets, try seitan in vegan stir-fries.

The secret to the chicken-like flavor of these nuggets is poultry seasoning. Poultry seasoning is generally a blend of thyme, sage, marjoram, rosemary, black pepper and a touch of nutmeg, with amounts being in that order. (Fun fact: On food labels, ingredients are listed by quantity from most to least.) You can buy poultry seasoning already blended in the spice section of your grocery store, or if you have all these spices individually, you can make your own blend. What's cool is that together they really do remind you of a roasted chicken.

3. Bread, Bake Until Crispy and Serve

To bread the nuggets without the traditional egg, combine the poultry seasonings with vegan mayo and a little water. The mixture both flavors the seitan and helps the breadcrumbs stick to the nuggets. Dip the seitan nuggets in the mayonnaise mixture and then dredge them in whole-wheat breadcrumbs.

For the crispiest nuggets, bake them on a wire rack on a rimmed baking sheet. The rack allows hot air to circulate under the tenders so they get crispy on all sides. To further encourage crispiness and browning, spray the nuggets with cooking spray—this is an easy way to coat them evenly with oil. Then simply bake until browned and crunchy, and serve with your favorite vegan dipping sauce. You can go for ketchup, BBQ sauce or a combination of vegan mayo, ketchup and dill pickles for a vegan take on special sauce.

Related: Why Switching to a Vegan Diet Is Good for the Planet (and You!)

Related: How Vegans Can Get the Nutrients They Need

Veganize It in Your Kitchen Today!

In addition to your favorite dipping sauce, serve baked sweet potato fries alongside your vegan nuggets—you can cook them at the same time as the nuggets. Or serve the nuggets over a salad or with your favorite vegetable side dish. You could even add some vegan mac & cheese for a total comfort food dinner.

Check back in with Veganize It soon—we'll be rolling out a new vegan version of a favorite dish every week on IGTV.