I Went Vegan for 30 Days and Here's What Happened

To be clear, I'm very far from being a vegan in my normal day-to-day life. As the Test Kitchen Manager at EatingWell, I develop and taste an average of 40 recipes per week, most of which are not vegan. At home, I put a hefty splash of half-and-half in my coffee every morning, assemble a small cheese plate instead of dessert almost every night, and my freezer is stocked with a quarter of a cow, half a pig, and venison and rabbits my husband hunted himself.

Related: The Health Benefits of Eating a Plant-Based Diet and How to Get Started

When I found out I was going to be working on a new EatingWell Instagram TV series, Veganize It!, I realized I wanted to walk the walk and actually eat vegan for a month. I like a challenge and I'm always looking for ways to help the environment. And I love writing recipes people enjoy eating (this time with a vegan twist). So I committed to being a vegan for 30 days. In the process, I learned the pros and cons of drastically changing my diet, and experienced how quickly your body and mind can adapt to a very different way of eating.

During my vegan month, I kept a journal of what I ate and how I felt, all with the intention of sharing my experience with you. Here were my findings.

Without animal products in my diet, I ate more carbs, veggies and fat. All these foods are important but, when cooking, there's a texture and flavor that only comes from seafood and meat products that I couldn't fully re-create. I bought nutritional yeast to substitute for Parmesan cheese, vegan Worcestershire to make protein more "meaty" and coconut yogurt to add creaminess without cream. I still found myself missing the foods I used to eat regularly, even with all my kitchen creativity. Here's how my days of eating looked as a vegan. 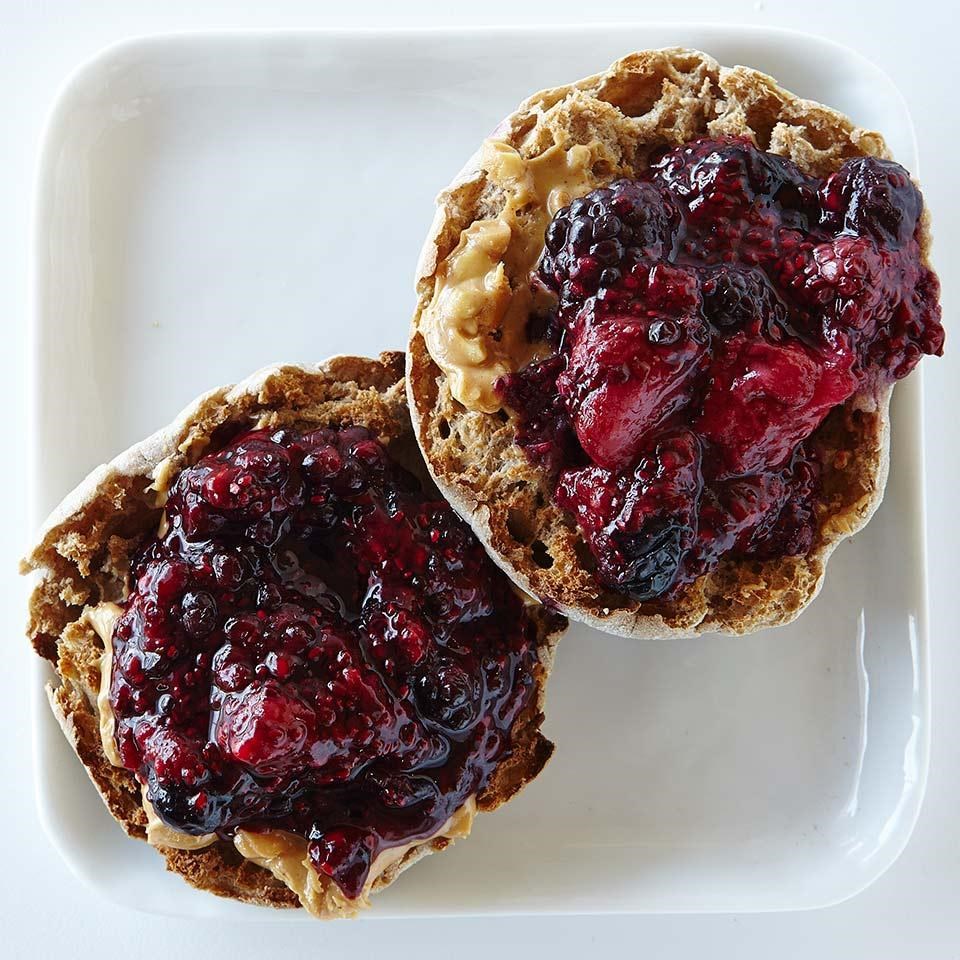 This meal was fairly consistent and I varied between a few options: Everything Bagel Avocado Toast, Peanut Butter & Jelly English Muffin and a riff on this Tofu Scramble (I used mushrooms and Frontera chipotle salsa). When I'm not eating vegan, I often make very similar breakfast choices (but sub the tofu for eggs), so I found breakfast didn't feel drastically different from my normal routine.

The hardest challenge at breakfast was finding a good substitute for half-and-half. I tried 20 plant-based creamers made from all the things you can "milk"—soy, almonds, coconut, hazelnut and oats. My favorite depended on the day and, in particular, if I wanted my coffee to be flavored or not. I found the soy and oat creamers to be most satisfying (my fave picks were Elmhurst Barista oat milk and Silk soy creamer). 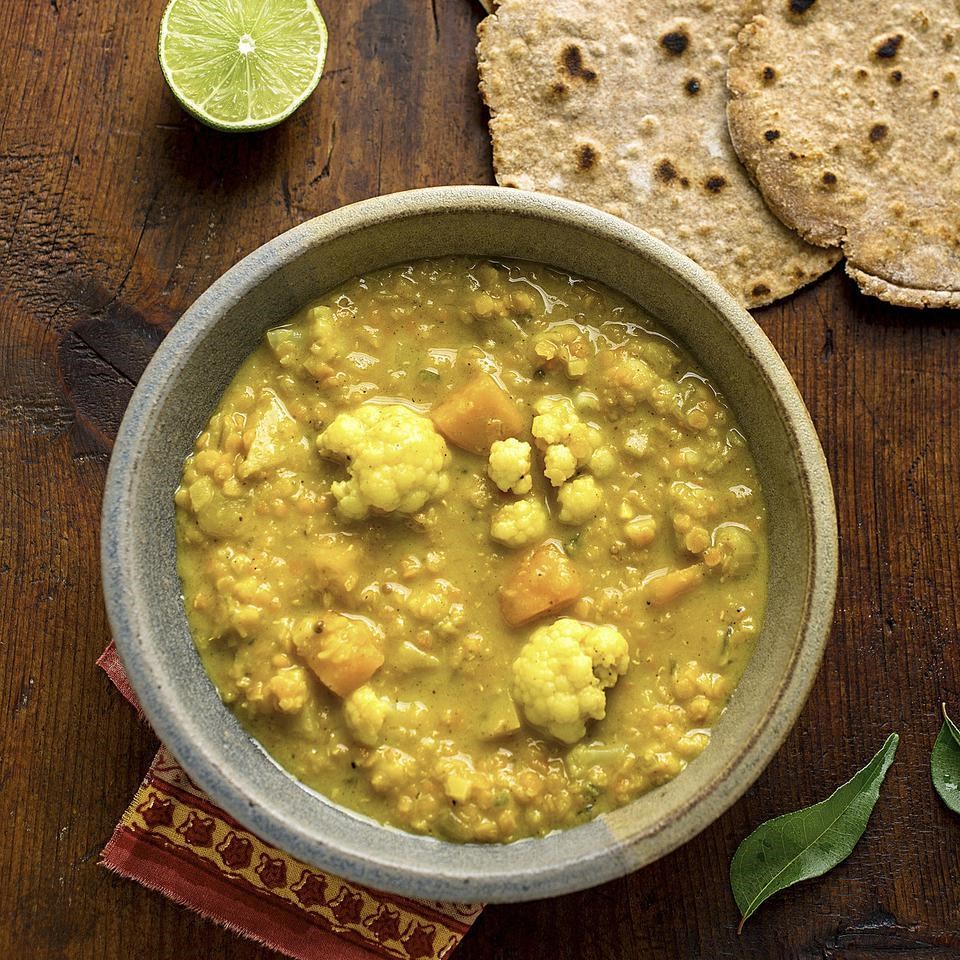 During the week, I usually procure lunch from the leftovers from the EatingWell test kitchen but, since going vegan, there weren't as many options I could eat. I made a big batch of Winter Vegetable Dal and froze half in individual servings. This became my standby staple backup meal until I started developing vegan recipes I could eat or started bringing in leftovers from dinner.

Day 1 of my 30-day vegan challenge complete! Yes, my friends, you read that correctly. This seafood, meat, cheese and half-and-half-loving girl is going vegan for 30 days. I can’t share yet why I’m embarking on this journey but I can tell you that grocery shopping today was a very new experience. Plus, I was starving at 4pm and nuts and dried fruit weren’t hitting the spot. But this cold Burmese noodle salad with tofu was DELICIOUS. Even Kieran ate a huge bowl for dinner. If you want to see how it’s made, head over to my insta story and check out the link in my bio. And tomorrow I’m back in the EatingWell test kitchen developing 6 new vegan recipes, including a killer mac & cheese, meatballs, scallops and cheesecake all without fake processed substitute products. It’s going to be an interesting month ?. #veganchallenge #recipedevelopment #eatingwelleats

Dinner, usually my favorite meal of the day, became both an exciting time and the biggest challenge. For a few days, my husband and stepson at least tried the meals I created—Burmese Noodle Salad with Tofu, Indian Coconut Butter Cauliflower and Lemongrass-Coconut Ramen—but quickly the lack of meat became a point of contention. Despite my best efforts to never become a person who makes two meals, I became a person who makes two meals to placate the omnivores in my family.

Though I'm not a dessert person, by the end of the day, I oddly found myself wanting something indulgent. Usually, I assemble a plate of local Vermont cheese, crackers and a little dried fruit and nuts … along with another glass or two of wine. Without the cheese plate, I skipped the wine. A good reset and unexpected perk of my vegan trial month. 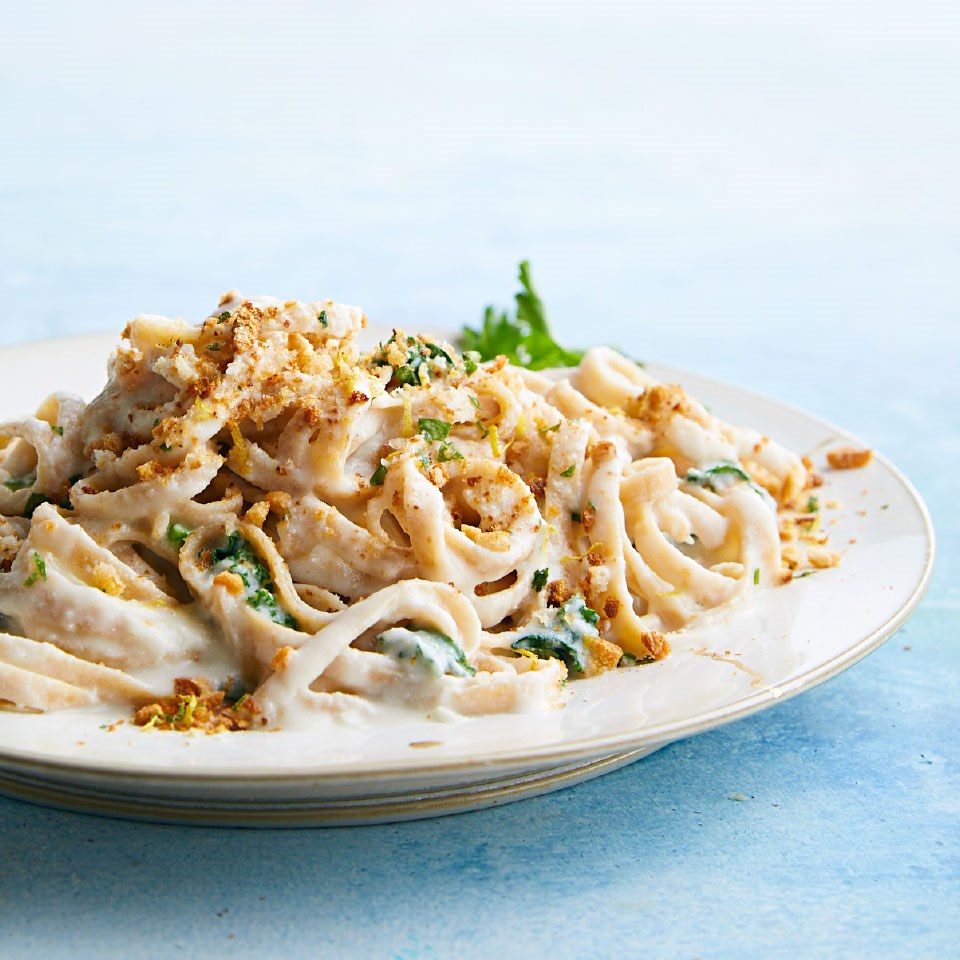 These 30 days were definitely challenging for me. As with everything, there were pros and cons to my month of vegan eating. Here's a deeper dive into how I felt, including my energy levels, cholesterol, poops (yes, we're going there) and how being a vegan impacted my social life.

I'm not going to lie: the first few days I felt lethargic and weak. I'm a pretty active person—I run, spin and CrossFit—and I could feel the drastic shift in performance from the lack of animal protein. I bumped up the plant-based protein in my diet—beans, lentils, nuts and tofu—and within a week, my body adapted and I could run just as far and lift the same amount of weight with ease.

One night, the meat cravings were pretty intense. As I made dinner for the boys (chicken and bacon fried rice), I actually salivated over the raw bacon. I knew my body was getting used to not having animal protein, but this was the first time I had experienced a true craving. (Cravings also tend to intensify when you aren't allowing yourself to eat certain foods—in this case bacon).

The hardest part of going vegan was having to tell people you're a vegan. I didn't realize how much my dietary preference would become a constant topic of conversation. There were people who didn't know what eating vegan meant and simply wanted to be educated, but then there were also many others who cocked their heads and looked at me with disdain. Why would you deprive yourself of meat and cheese produced sustainably? What can you actually eat? Have you lost any weight? I answered these questions over and over and over again.

I didn't want people to have to accommodate my diet so, when going out, I followed friends to their restaurants of choice. I found myself at a Southern-inspired restaurant known for its smoked meat and beer. There was nothing on the menu I could order without having to ask for several substitutions. I picked a smoked portobello sandwich, hold the Cheddar and aioli. Turns out the bun also contained dairy. When my sandwich came out, it was a mushroom topped with onions wedged between iceberg lettuce with a side of balsamic vinaigrette. The rest of the table feasted on wings, fried chicken sandwiches, brisket, mac and cheese, and duck fat fries. I was hungry. Something similar happened in Washington, D.C., on a family vacation—despite our best efforts to call the restaurant ahead of time and ask about vegan options.

The constant limitations on what I could and couldn't eat, particularly with nonvegan friends and family, and while eating out, became exhausting. Checking every label, constantly asking if there were items that were on my "no go" list ... it was like having another job on top of the one I already have.

On the other hand, my creativity got a big push, as I was motivated to make vegan recipes that everyone would want to eat. In addition to the eight recipes I developed for "Veganize It," including Vegan Sushi, Vegan Cheesecake and Vegan Scallops, I used techniques from my culinary-school days to infuse umami into every bite. Grocery shopping took me to new aisles, and I reveled in going outside of my cooking comfort zone.

Another boon to reducing my intake of animal protein was increasing my veggie and fiber consumption. I'm already a big vegetable eater, but incorporating more whole grains, lentils and beans had impressive benefits when it came to number twos. I got this feedback (repeatedly) from my husband too. All that fiber does more than just help you stay regular, though. Fiber helps with weight management and reduces risk of diabetes and heart disease (learn more about the amazing health benefits of fiber).

I had blood work completed before and after the 30 days to see if there would be any change with removing animal protein from my diet. I'm lucky that my cholesterol is pretty good overall and, really, that's in large part due to genetics.

After just 30 days of not eating meat or dairy products, my LDL dropped from 48 mg/dL to 32 mg/dL. That's a 16-point drop or, even more impressive, a 33 percent decrease in my bad cholesterol! I was completely wowed. Here was evidence that a plant-based diet can potentially make a huge dent in LDL, whether you start with high or low cholesterol.

Related: What You Need to Know About Your Cholesterol Levels

While overall I've pretty much gone back to eating the same way I did before the vegan challenge, I do find myself creating more meals around plant-based proteins, such as beans, lentils and tofu, instead of around animal protein. I love how satisfying and filling they are in addition to their lower carbon footprint, and um, other health benefits (?).

The vegan diet isn't for everyone. However, if you are looking to eat more sustainably, have a history of high cholesterol and/or are looking for a diet challenge, eating vegan, even for just a short time, may be a good choice for you. You can also just adopt more plant-based meals without being fully vegan to reap some of the benefits. With a passion and motivation to go vegan, as well as some planning, a vegan diet can be delicious and healthy. Just plan on talking about being a vegan all the time.

Related:
4 Health Benefits of a Vegan Diet (and a Few Potential Drawbacks)
How to Meal Prep for a Week of Vegan Lunches