Is the Vegan Diet the Healthiest Diet?

{{EmbedVideoId:9287, autoplay}}
Lately, veganism—avoiding all animal products, including eggs, dairy and honey—is the "magic bullet" of choice among the glamorous. Gwyneth Paltrow, the celebrity health queen, is unsurprisingly vegan. So's Venus Williams. And Beyoncé has periodically cut out animal products in preparation for concerts to give her more energy, and urged her Instagram followers to do the same. We seem to all want a simple all-powerful something that we can eat (or avoid) to find ourselves instantly slim, healthy, beautiful and wise. Kale, acai, alkaline water, gluten-free, anything—we're ready to believe.

But some advocates are spouting "facts" about veganism and health that make us wonder: is the vegan diet the healthiest way of eating? They declare that the World Health Organization (WHO) said eating meat is as carcinogenic as smoking. (It isn't, and the WHO didn't.) Or that eating an egg a day contributes as much to cardiac disease as smoking five cigarettes a day. (Totally overblown, learn more about eggs and heart disease.) These claims paint a portrait of veganism as the only truly healthy diet, and that anything else as just slow poison.

OK, but is veganism really the dietary be-all and end-all? Look into the individual claims and you're likely to come away confused. Some research (well, the single paper that I was able to find) links eggs to increased arterial plaque. But others, including one gigantic Chinese research project, suggest that eggs may reduce heart disease risk. Science as a whole does a good job of figuring out the world. Individual studies, however, are often wrong—as much as 40 percent of the time. If you want to know what science says about a huge multifaceted question like diet and health, you have to look at a lot of science.

So what does a lot of science say about veganism?

Before we answer, let's stop and acknowledge a couple of things: First, health isn't the only, or even the primary, reason to go vegan. Ethical and environmental concerns are enough on their own to make someone choose the plant-based path. Two topics deserving of their own articles, so we won't get into them here.

Related: How Your Food Choices Can Help Fight Climate Change

Second, eating vegan doesn't automatically mean you're eating well. Nutter Butters are vegan. Not to mention unfrosted Pop Tarts. And even a junk-free vegan diet raises health concerns. When the Academy of Nutrition and Dietetics finally acknowledged in 2016 that vegetarianism and veganism are healthy ways to eat, the group qualified its endorsement by warning that veganism in particular can lead to serious nutritional deficiencies. Greens contain calcium, for instance, but your body can use only about 5 percent of the calcium in spinach compared to about 30 percent of that in milk. Vegans face similar concerns for adequate intake of iron, omega-3 fatty acids, vitamin D and vitamin B12.

That last one is especially tricky. B12 is almost completely absent from plant-based foods. And multiple studies show that up to 60 percent of vegans are B12-deficient, which, if severe enough, can lead to numbness, poor balance, depression, paranoia, memory loss, incontinence and a number of other serious problems. And, unfortunately, symptoms might not start showing up until you've been deficient for years.

Must Read: How Vegans Can Get the Nutrients They Need 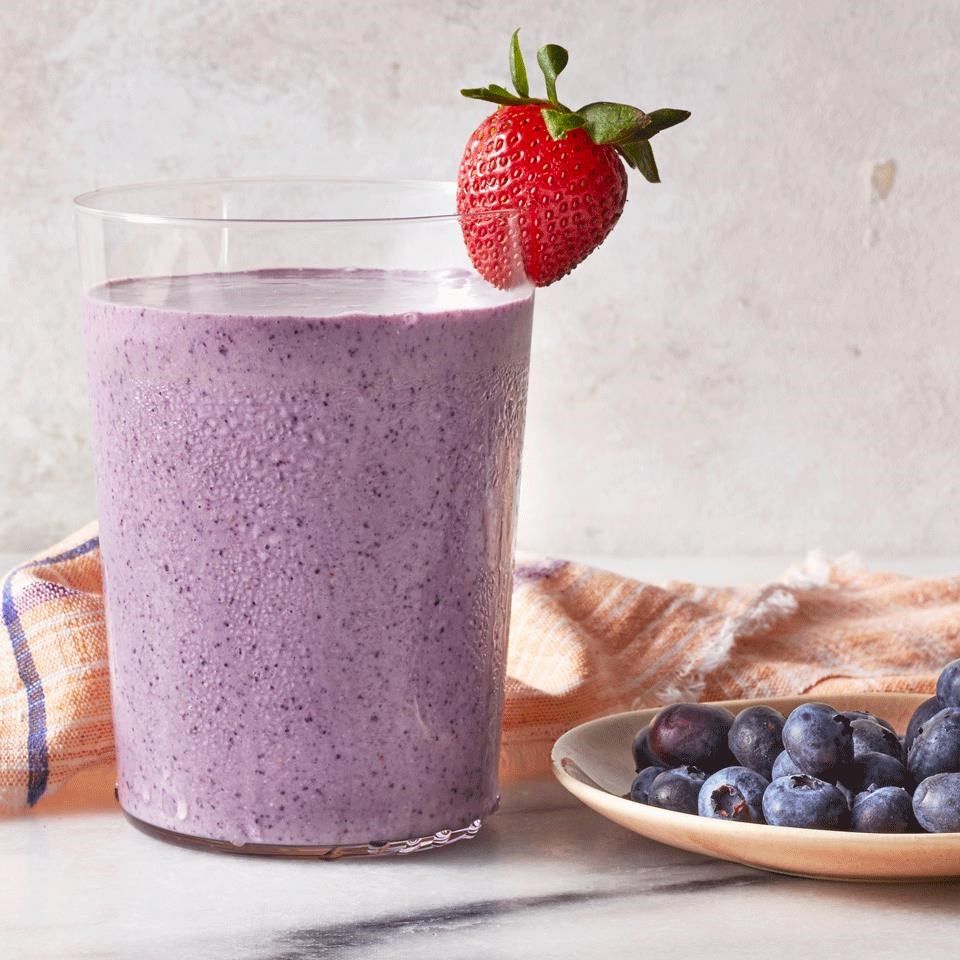 Is veganism the best diet?

But, you are reading a website that promotes healthy eating, so let's assume that you would do everything right: take your supplements, get enough calcium and iron, and eat a well-balanced vegan diet. Is going vegan, as many people claim today, the absolute best way to stay healthy?

Science's current answer is far from definitive and isn't particularly satisfying. Yes, the vegan diet is good for you. There's pretty strong consensus that it's one of the best diets, right up there with the Mediterranean diet, the traditional Okinawan diet and the rest of the "Blue Zone" all-stars (which all include animal products). But the best? Maybe. And you're not likely to get a better answer than that anytime soon.

The biggest, latest, most sophisticated review of research on vegetarianism, veganism and health appeared in 2017 in the journal Critical Reviews in Food Science and Nutrition. The authors identified 86 high-quality studies of vegetarianism and 24 on the vegan diet, covering a total of more than 130,000 vegetarians and 15,000 vegans.

The results: Vegetarians and vegans in general have lower body mass index (BMI), cholesterol and blood glucose compared to omnivores. Vegetarians are less likely to be diagnosed with ischemic heart disease (what happens when plaque narrows your arteries), and they have an 8 percent lower risk of cancer than omnivores. Vegans reap all the benefits of vegetarianism, plus their cancer risk is 15 percent lower than that of omnivores. That's all pretty good news.

Here are the caveats: Vegetarianism and veganism may protect you from ischemic heart disease, but they don't seem to offer significant protection from deaths from ischemic heart disease, total heart disease or cancer. And the cancer results, though they align well with what scientists believe about diet and cancer, are based on just two studies. That wouldn't be enough to get a new drug approved by the FDA; is it enough on its own to justify a big life change?

Is it a vegan diet or something else?

Most dietary studies rely on observation. You gather together a bunch of people who are already vegan and a bunch of omnivores, and track what they eat. It turns out that the vegans have better lab tests and less disease. But did the veganism cause these effects? That's surprisingly hard to prove. For example, vegans as a group have a lower BMI than typical Americans. (That makes sense. Just try and pack on the pounds on a well-planned vegan diet.) High BMI contributes to heart disease, diabetes and cancer. So which was it—the lower weight (which you can achieve without going vegan) or the diet itself? And, if it's the diet, was it the lack of meat, the addition of more plants, or both?

"The kind of study required to answer these questions would be a trial where people are randomly assigned to Mediterranean versus vegetarian and pescatarian versus vegan," explains EatingWell advisor David L. Katz, M.D., M.P.H., author of the eminently sensible book The Truth About Food. "And it would need to last a lifetime. Frankly, since there are some pre-birth influences, an even better version of this hypothetical study would randomly assign 10,000 pregnant women to follow these different diets. They would exclusively breastfeed and then their babies will pick up the baton and be the participants. It's never been done, it never will be done."

And realistically, it doesn't need to be. Sure, there's lots we don't know about the effects of the vegan diet, or the Mediterranean or Okinawan diets or any of the other contenders for that matter. But we do know that all of them seem to be spectacularly better than today's average American diet.

Even if a winner emerges, the final rankings might not matter much when considered next to individual genetic differences, lifestyle choices or even random external events. Imagine: After 100 years of study, we learn that the Okinawan diet leads to a 1 percent lower risk of cancer than any other. But to get to your local seaweed purveyor you have to cross the most dangerous intersection in town. Is there a net gain?

That said, here's one advantage of going vegan that you might not have thought of: It's conceptually simple. You're not thinking about calories or whether your serving of stew has 3 ounces of meat or 6; you're just dealing with one easy-to--understand (though not always easy-to-follow) standard: Is it plant-based?

So what moves you? Is it the possible reduction in disease risk? Do you want to do your bit to be kinder to chickens or (maybe) to reduce the carbon footprint of agriculture? Is it that you simply want to eat more vegetables—which EatingWell will always get behind? Do you want to be more like Beyoncé? (We find our inspiration where we find it.) Then you might want to go vegan. But you're not obeying a scientific imperative. There are no guarantees that there's not a marginally better choice out there, but as of today no one can tell you conclusively what that better choice is, or if it even exists.

If you are making the switch, good luck. Sincerely. Don't let some hyper-carnivorous in-law lure you into an argument at you next family do. (He'll try.) And take your B12. It's important.

Read on:
Healthy Vegan Recipes
The Health Benefits of Eating a Plant-Based Diet and How to Get Started
The Best Non-Dairy Vegan Milks to Buy at the Store