How to Make the Best Vegan Pie 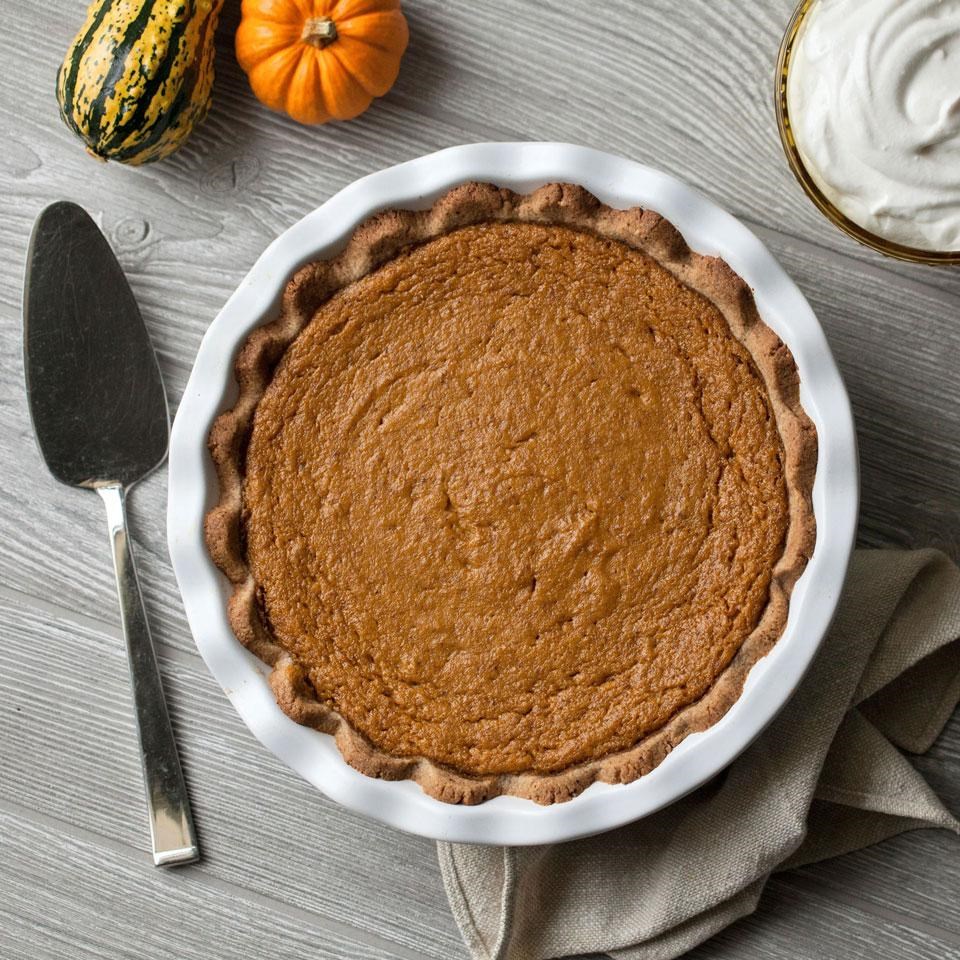 Eating plant-based shouldn't mean missing out on your favorite foods! Baking a vegan dessert may seem terrifying, but with our easy-to-follow guide, you'll be whipping up a plant-based pie in no time. And the best part? No one will even notice these treats are vegan. The second-best part? No unheard-of ingredients, just familiar items you probably have ready to go in your pantry.

Vegan Swaps for Buttery Crust without the Butter

Creating a vegan pie crust that's flaky and buttery seems impossible to do without butter. But thankfully, with these plant-based swaps, delicious pie crust is back on the table! We have two swaps for you to try:

•Vegan shortening: As long as you buy one without partially hydrogenated oils, this product is totally safe and gives you that buttery flavor and flaky texture you crave in a traditional pie crust.
•Coconut oil: This popular oil has a lower melting point than butter or shortening, so while it's not the best in a traditional, flaky pie crust, it does wonders in shortbread and/or nut crust like the one in our Vegan Pumpkin Pie.

How to Make a Traditional Crust Vegan 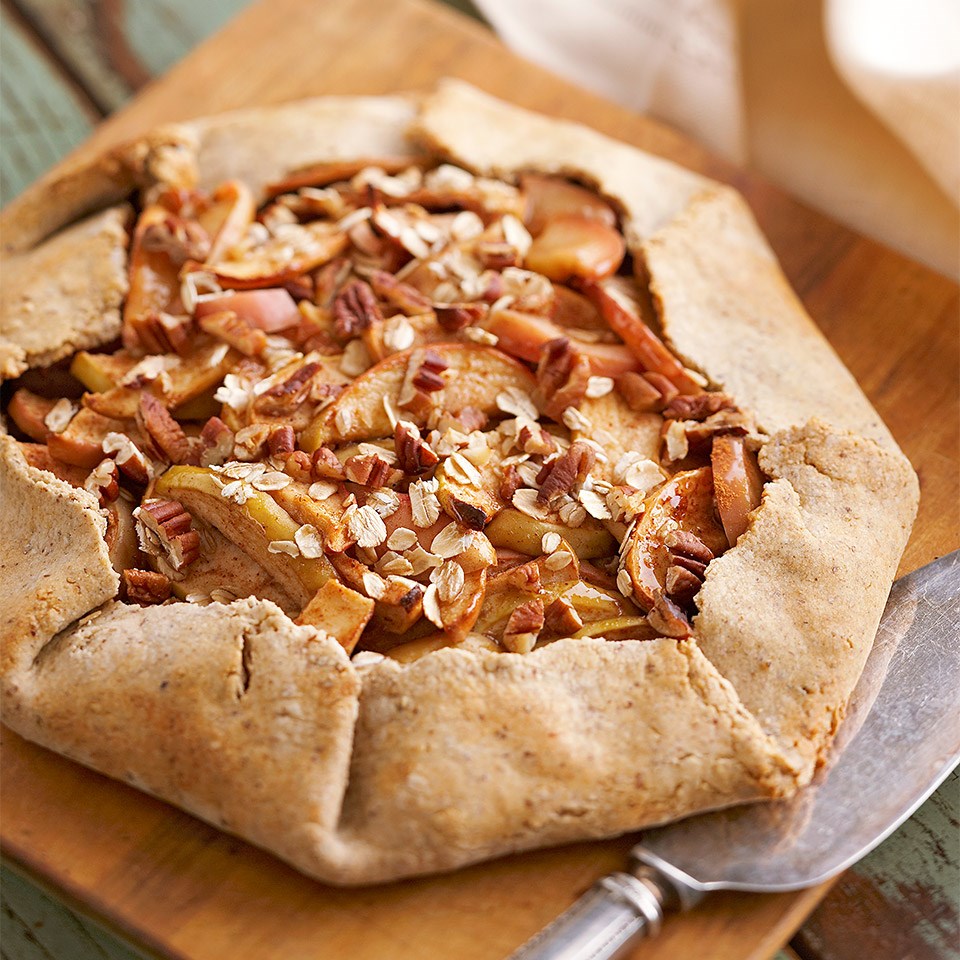 First, combine flour and salt in a large bowl or food processor. Cut in shortening using a pastry blender, two knives or by pulsing in the food processor until pebble-size pieces form. Add ice water, 1 tablespoon at a time, until the dough is evenly moist (but not wet) and is just starting to clump together.

Pat the dough into a 5-inch disk. Lightly flour a large sheet of plastic wrap, place the dough in the center and wrap it up. Refrigerate for at least 1 hour and, if making ahead, for up to 2 days.

Remove from the refrigerator about 15 minutes before rolling out. Roll the dough into a 12-inch round between two pieces of parchment paper. Remove the top sheet; gently invert the dough into a 9-inch pie pan (not deep-dish). Remove the second sheet of parchment. Trim the dough to an even overhang all the way around. Patch any cracks with the extra dough. Fold the dough under to form a double layer of crust around the edge. Crimp the edges.

How to Make a Shortbread Crust Vegan (and Gluten-Free!)

Nutty and crunchy, this crust makes a wonderful base for a decadent pie. People with celiac disease or gluten sensitivity should use oat flour that is labeled "gluten-free," as oats are often cross-contaminated with wheat and barley. You'll need:

First, preheat oven to 350°F. Pulse pecans in a food processor until finely ground. Add oat flour and salt and pulse until combined. With the motor running, drizzle in coconut oil and maple syrup; blend until the mixture looks like crumbly dough. Transfer to a 9-inch glass or ceramic deep-dish pie pan and press evenly into the bottom and almost all the way up the sides.

Prebake the crust until set but not quite browned, 12 to 14 minutes.

Whether you prefer creamy pumpkin or classic apple, both of these fillings are 100-percent dairy-free and egg-free. Our substitutes include:

• Vegan shortening in place of butter in an apple-crumb topping. You'll get that same crisp topping, but with a plant-based alternative.
• Aquafaba (the leftover liquid in a can of chickpeas): This protein-rich liquid (often used for vegan meringue pies) is whipped up into a meringue-like foam that's the perfect dairy-free replacement in creamy pumpkin filling (keep reading to learn just how to do it!). By the time it's combined with a can of pumpkin and baked, no one will know beans had anything to do with it. 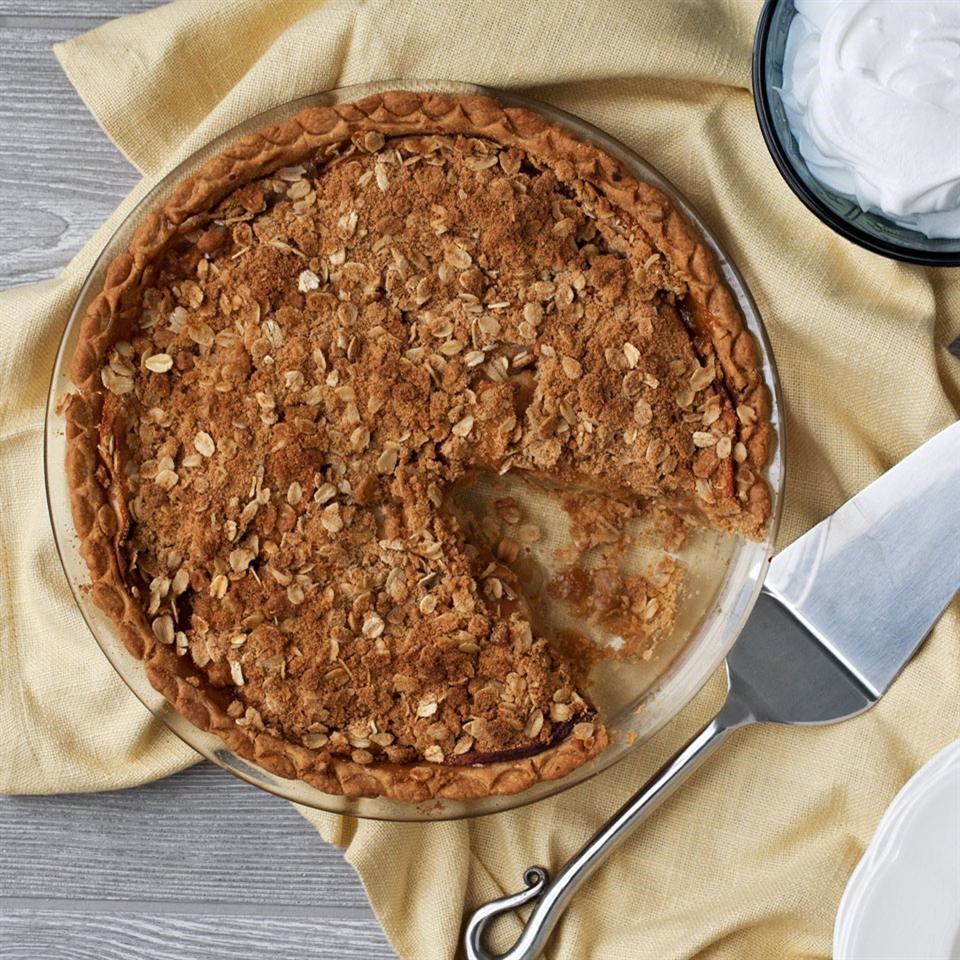 Juicy sweet-tart apples piled in a flaky crust—it's no wonder apple pie is an American icon. We like Granny Smiths for this recipe, as they stay perfectly crisp and flavorful while baking.

For the crumb topping, you'll need:

Preheat oven to 375°F. Mound the filling into the crust, and bake for 20 minutes.

While the pie bakes, prepare the crumb topping: Combine oats, flour, brown sugar and cinnamon in a medium bowl. Cut in shortening with a pastry blender or two knives.

Sprinkle the topping over the pie and continue baking until the filling is bubbling and the crust and topping are golden, about 40 minutes more. Cool for at least 1 hour before serving.

Related: The Best and Worst Apples for Eating, Cooking & Baking

First, drain the chickpeas, measuring ½ cup of the bean liquid (aquafaba) into a mixing bowl. (Save the chickpeas for another use.) Beat with an electric mixer on high speed until stiff peaks form, 3 to 5 minutes. Add sugar and continue beating on high until shiny and glossy, about 1 minute more.

Whisk pumpkin, coconut oil, cinnamon, ginger, cloves and salt in a large bowl. Gently fold in the whipped aquafaba. Pour the mixture into the crust.

Bake the pie until the outer edges of the filling are set and the crust is lightly browned, 35 to 45 minutes. It will seem like the filling is not fully cooked, but it will set up as it cools. Let cool on a wire rack for 1 hour, then refrigerate overnight.

Whip Up a Dairy-Free Topping 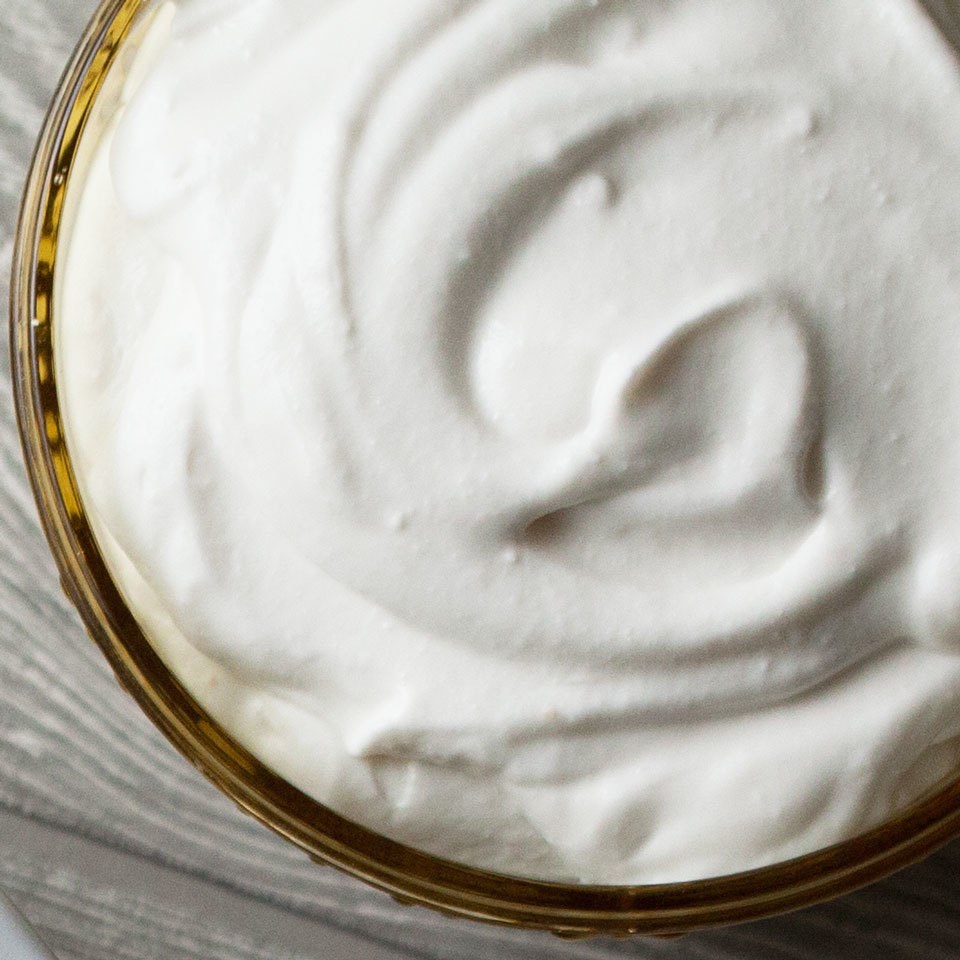