Eat These Herbs and Spices to Boost Immunity

Herbs and spices have been used for centuries as remedies for many simple ailments and to aid recovery. While their flavors may be familiar and comforting in food, such brews, tinctures and mixes also contain vitamins, minerals and antioxidants with science-backed benefits that can boost immunity or help you recover faster when you're sick.

Keep these immune-boosting spices and herbs stocked in your kitchen for times you're feeling ill and need an all-natural remedy. 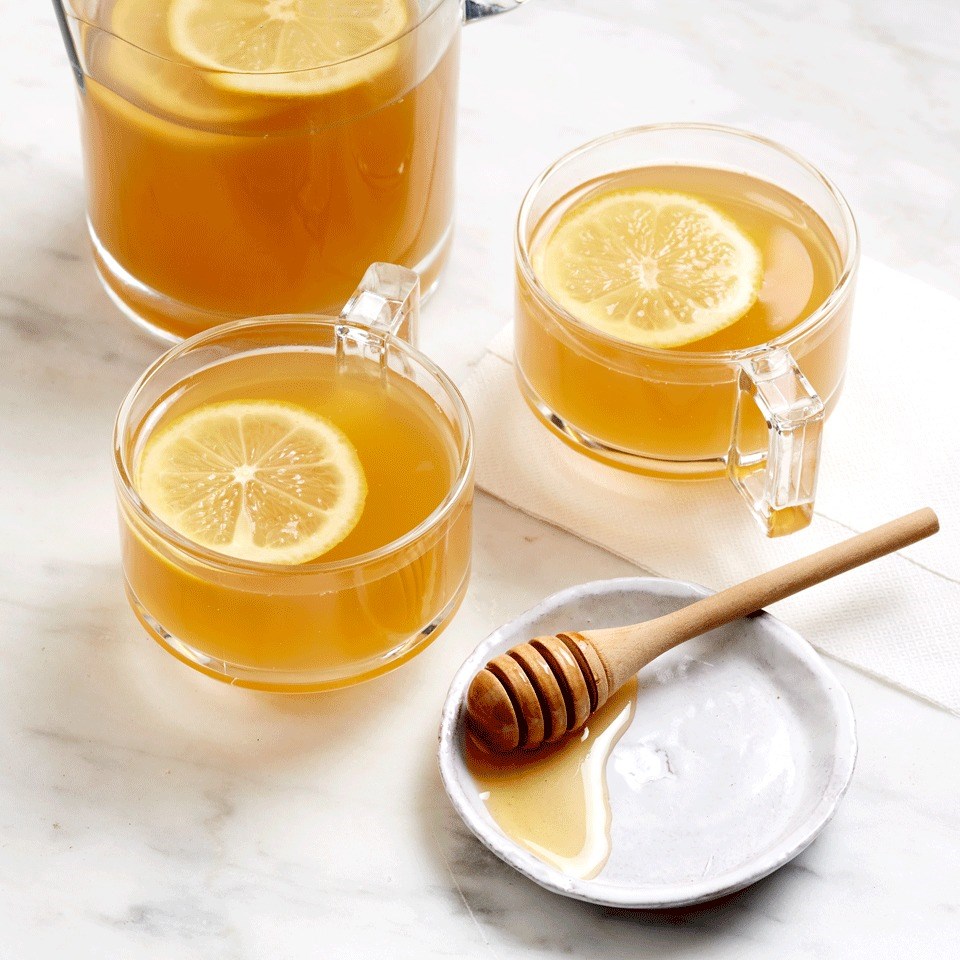 Chamomile is an herb that's known for its daisylike appearance and many medicinal uses. Most commonly, chamomile is dried and then steeped in piping-hot water for tea.

Chamomile acts as a mild sedative, making it a useful aid when you're feeling under the weather, need help controlling anxiety or want to catch some shut-eye. Studies also indicate that drinking chamomile tea may boost immunity, thanks to bioactive compounds that have anti-inflammatory and antioxidative properties.

Brew up a warm cup of chamomile tea to ease your stress and help you wind down at night. Sleep is vital to a strong immune system, too, so incorporating chamomile into your nightly routine is a double hit for a healthy immune system. But if you're pregnant, note that chamomile is on the list of several herbal teas that doctors suggest avoiding during pregnancy. 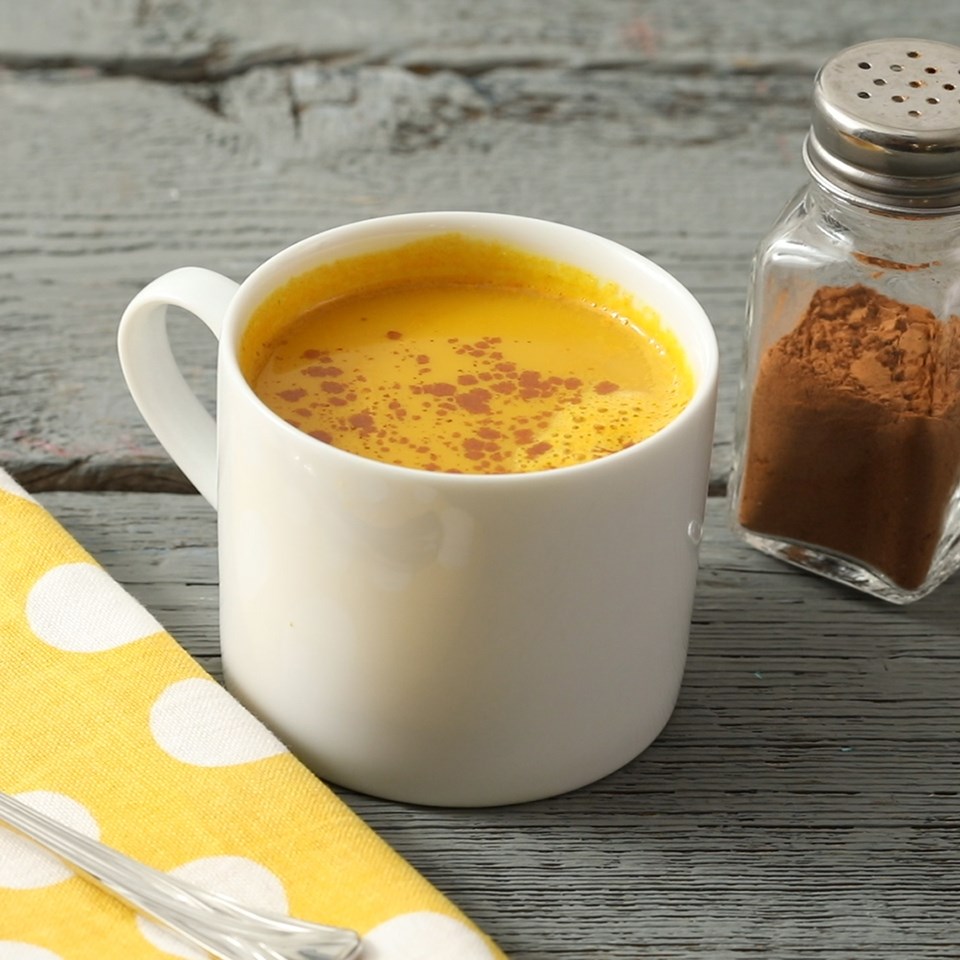 Ginger has been used as a supplement in traditional medicine for centuries. For treating ailments from nausea and vomiting to colds and arthritis, this root is prized for its potential health-boosting benefits. In short, the tropical plant is a stalwart of the alternative medicine scene.

Research shows that ginger can help moderate nausea caused by morning sickness, chemotherapy, postoperative nausea and other types of stomach upset. Studies show it may also have antioxidant and anti-inflammatory properties, which can help your body's battle against bacteria when you're feeling ill.

Ginger is a popular addition to many Asian and Indian dishes. It can also be infused in a teapot of boiling water to make fresh ginger tea. Some companies produce zippy ginger candies. These are great to keep on hand when you're feeling a little run-down and need an instant boost. 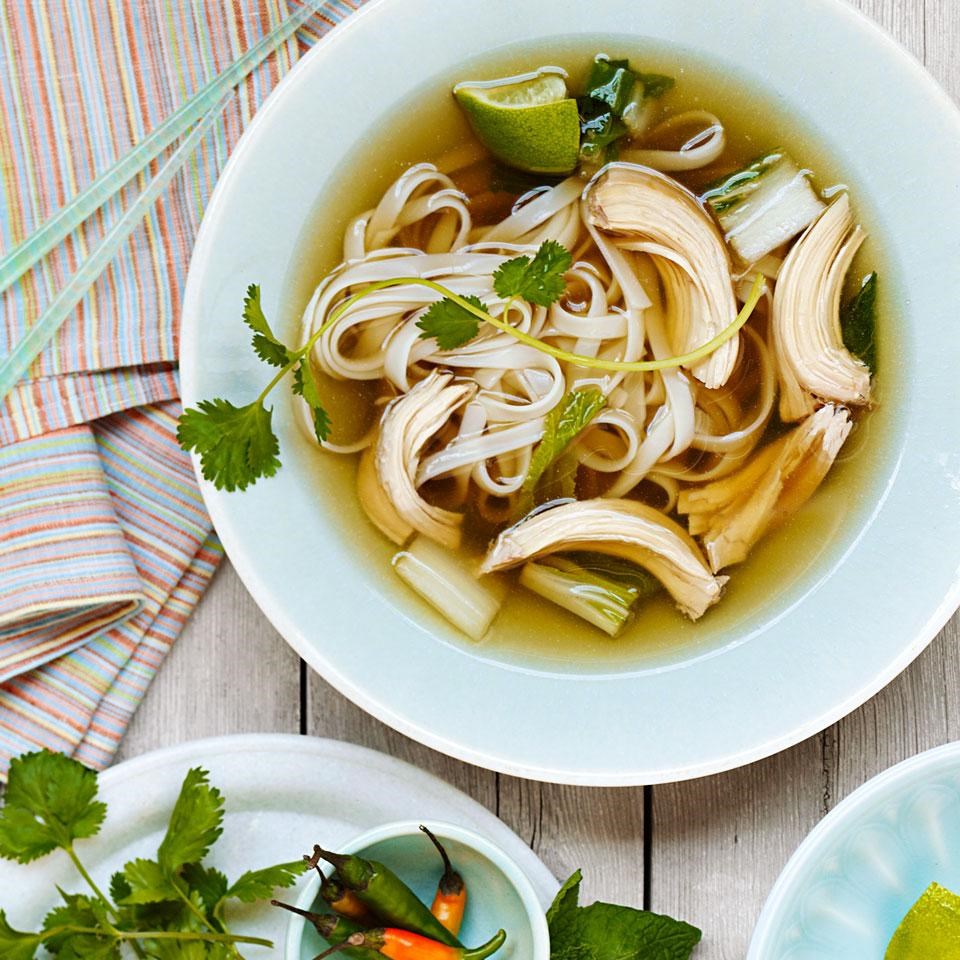 Cinnamon's warmth and spiced aroma makes it a welcome addition to many dishes, from sweet to savory. As at home in a pound cake as a bowl of chili, cinnamon can be used in a variety of your daily meals in order to reap its immune-boosting benefits.

Cinnamon boasts many anti-inflammatory benefits and contains a number of antioxidants. Evidence regarding cinnamon's effects on the immune system is inconclusive—but some research suggests that it does have antibacterial properties.

Sprinkle a heaping teaspoon of cinnamon into your morning oatmeal or latte, swirl a bit of the spice into yogurt or add it to chicken pho when you're feeling under the weather. 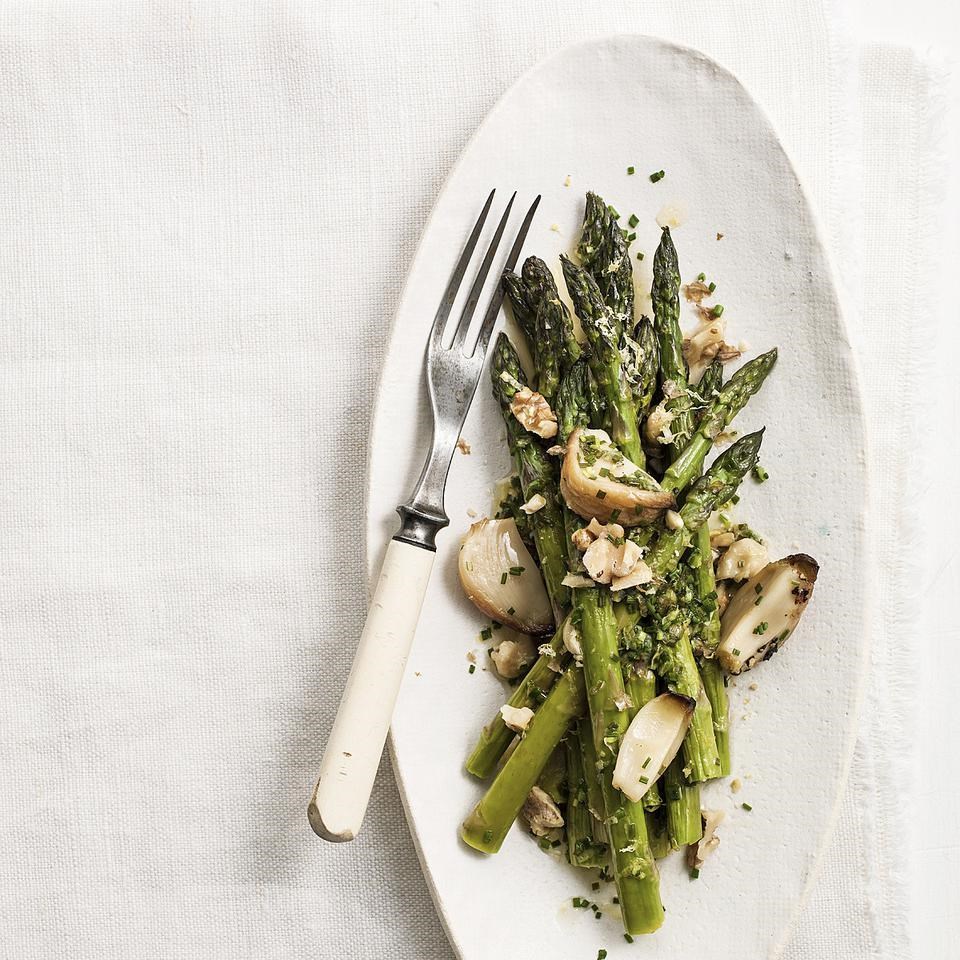 Garlic is a workhorse in any cook's kitchen. It forms a deep base of flavor for many sauces, stir-fries and stews and works well with many other aromatics. It can also take the starring role; when roasted, it turns delicately sweet and mellow with a hint of its formerly pungent self.

Garlic is a potent fighter for your immune system too. Garlic contains antioxidants and has anti-inflammatory properties. Studies suggest that garlic may help reduce the severity of cold and flu symptoms, and may also stimulate the immune system, helping it produce more of the cells that fight off infection or invading viruses and bacteria.

Garlic is one of the easiest ingredient to add to your diet and complements many savory dishes. If the bite of fresh garlic is too strong, you can temper it by cooking it. Include a little extra in every dish you make, or whip up something that has a bounty of the bulb, like this Garlic Chicken. 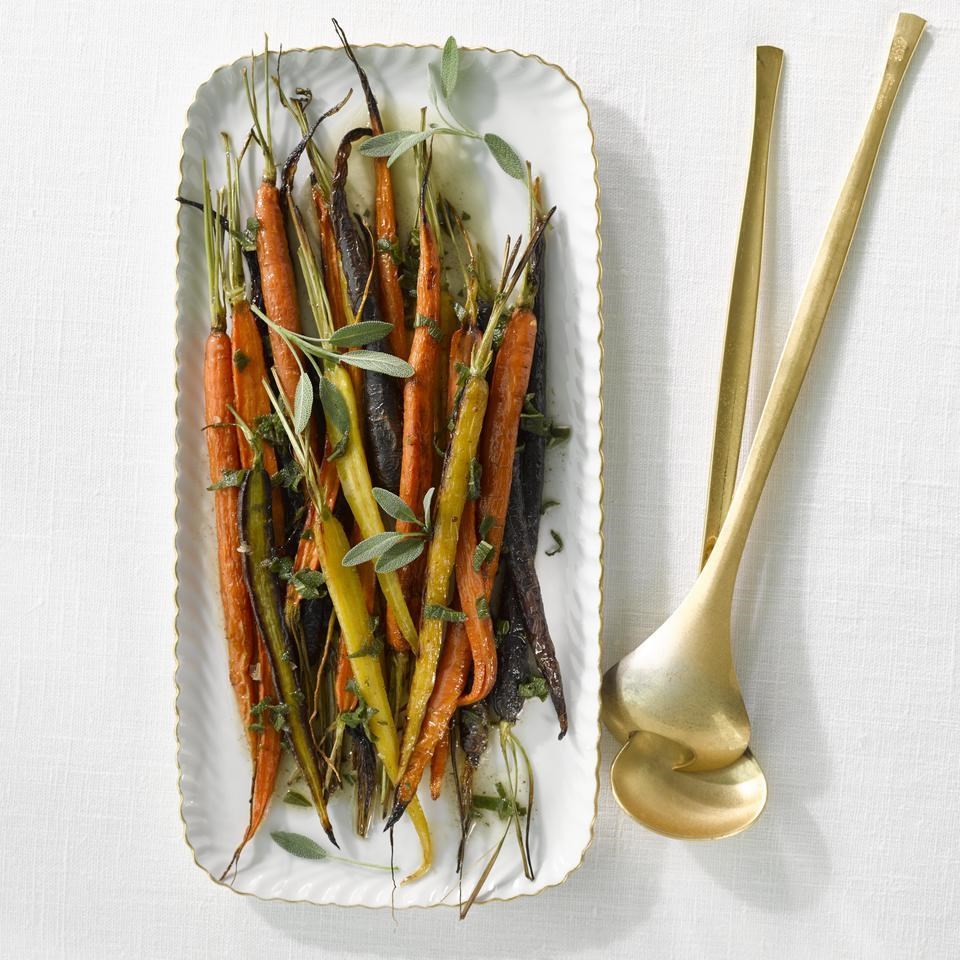 This aromatic plant boasts green leaves that feel a bit fuzzy to the touch. But don't let its soft appearance fool you. Sage is a powerful herb in recipes and in medicinal uses. It may be most associated with turkey and dressing on Thanksgiving, but it can have a significant impact on your health too.

Studies suggest that sage has memory-enhancing effects and may even be capable of boosting mood. That may bolster your sense of well-being if you're feeling under the weather. Sage also has natural antibacterial properties, which can come in handy when your body is fighting off unwanted bacteria.

Fresh sage is very fragrant and flavorful. Toss some in your favorite stew, or use it as a garnish for poultry, pork or vegetables. Dried sage—you may find whole leaves, rubbed (crumbled) or ground—is a good alternative when you don't have fresh on hand, but use it quickly. Its flavor fades after about a year. 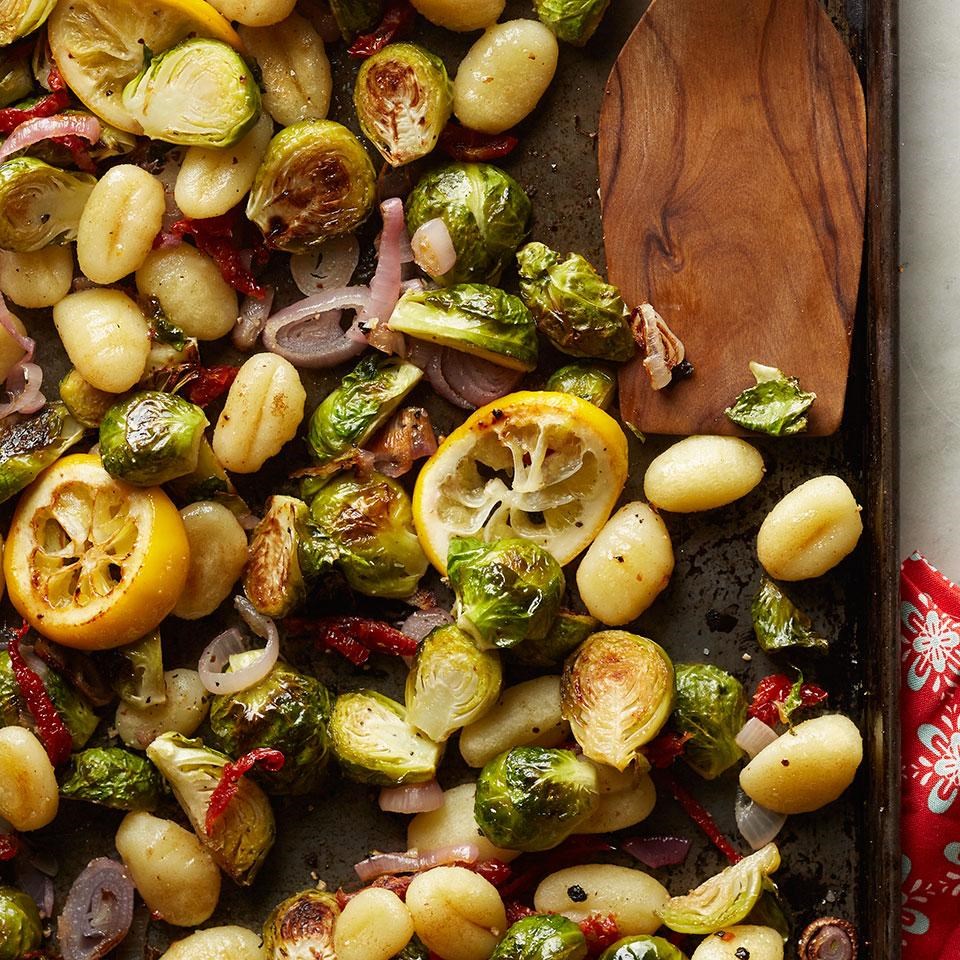 Lemon makes this list—even though it's technically a citrus fruit, not an herb or spice—because it's often used to flavor food and enhance dishes. Lemons are universally appealing in cooking because the kick of zippy juice brightens up sauces and dressings and adds freshness to fatty fish, basic proteins and more. It also makes a great addition to iced or hot tea, water and other beverages. In short, it's easy to get a lot of lemon into your day when you need a bit of an immunity boost.

Lemon has antibacterial, antiviral and antifungal properties. It is also an important source of polyphenols and vitamin C. The vitamin C in lemon is good for the skin and may help shorten the duration of a cold.

Try lemon juice squeezed over steamed vegetables, stirred into water or whipped up in a tangy vinaigrette. Roasting or sautéing lemons helps mellow the bite so you can eat lemon slices with less of a sting. 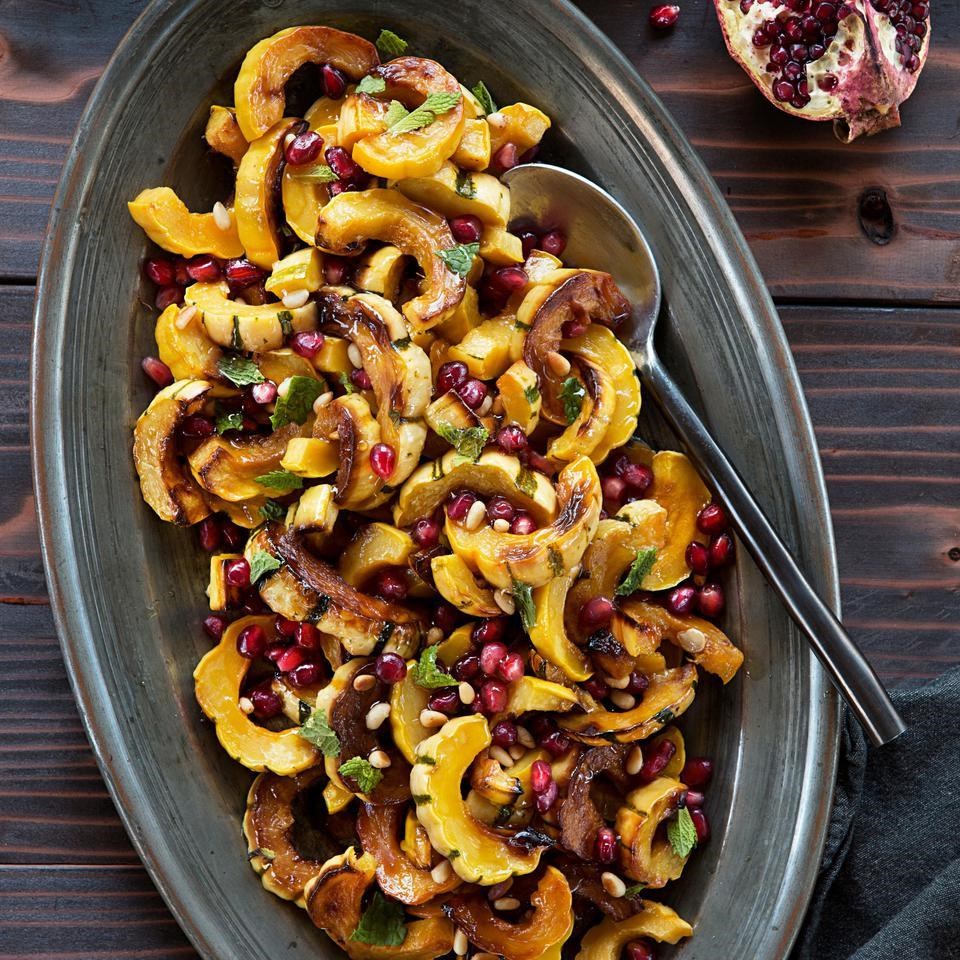 While not an herb or spice either, there's a reason we turn to tea and honey to soothe the common cold: straight from the hive, honey is one of Mother Nature's most potent natural medicines.

Honey has antimicrobial benefits which may help ease a persistent cough (though it shouldn't be given to children younger than 1). Honey is rich in antioxidants too. In addition to its immune-boosting properties, the antioxidant powers of honey may reduce the risk of heart attack, stroke and some types of cancer. Honey also contains compounds that have been linked to cholesterol-lowering benefits.

Honey adds a pleasant sweetness to a cup of herbal tea when you're not feeling well. You can also use it to sweeten salad dressings or sauces. Toss vegetables or sliced squash in honey before roasting for a delicately sweet side dish. 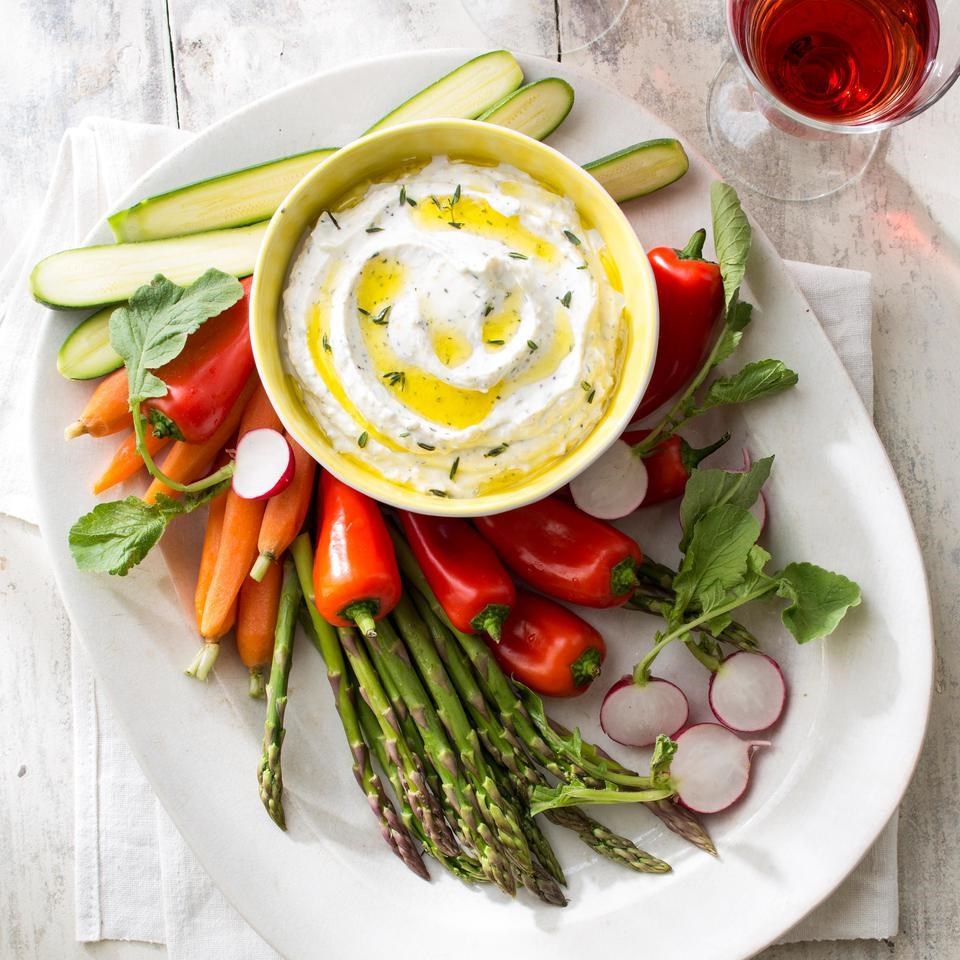 Thyme is often underestimated because of its petite presence, but the herb is prized for its medicinal and culinary uses. Thyme flowers, leaves and oil can be used in cooking and alternative remedies.

There is very limited research on thyme in humans, but some studies suggest it may be somewhat effective in the treatment of acute bronchitis and other viral respiratory infections. Another study suggests thyme may help reduce bacteria's resistance to antibiotics, and when combined with oregano, another herb, it may boost immunity and reduce inflammation.

While research is still emerging on the connection between thyme and health, its intense aroma and strong flavor make it a favorite in the kitchen. Thyme leaves can be purchased fresh or dried. Dried thyme is potent, so if you're using it as a substitute for fresh in a recipe, cut the amount in half and add it gradually until you get the flavor you desire. Add thyme to roasted vegetables for an herbaceous kick or sprinkle it into pan sauces for a boost of earthy, lemony flavor.

Watch: How To Make Lemon-Herb Roasted Spatchcocked Chicken with Potatoes