Soy sauce does more than just add flavor to a succulent pork dumpling or a piece of sashimi. It may actually affect your body negatively—especially if you eat soy sauce often and are not using a reduced-sodium option.

A soy-sauce substitute can lend the same salty, umami satisfaction that typical soy sauce does, but many of the alternatives come with healthier perks, like lower sodium and no gluten. If you are allergic to soy, watching your sodium, or eating gluten-free, purchasing a soy-sauce substitute can help you replicate those savory flavors, without eating something that might not agree with your body.

With many consumers looking for low-sodium, gluten-free and soy-free options, the food industry is rapidly producing new items in order to keep up with demand. If you are interested in trying a substitute for your favorite soy sauce, just take a trip to the store. Soy-sauce alternatives are popping up more and more in regular grocery stores.

While the salty-briny taste of original soy sauce may be your current go-to for takeout, sushi and stir-fries, try these healthier soy-sauce substitutes instead. Keep a bottle in your fridge or pantry and reach for it the next time you'd typically drizzle on some soy sauce. Your taste buds—and your body—will thank you.

Keep Reading: Do You Really Need to Cut Back on Salt? 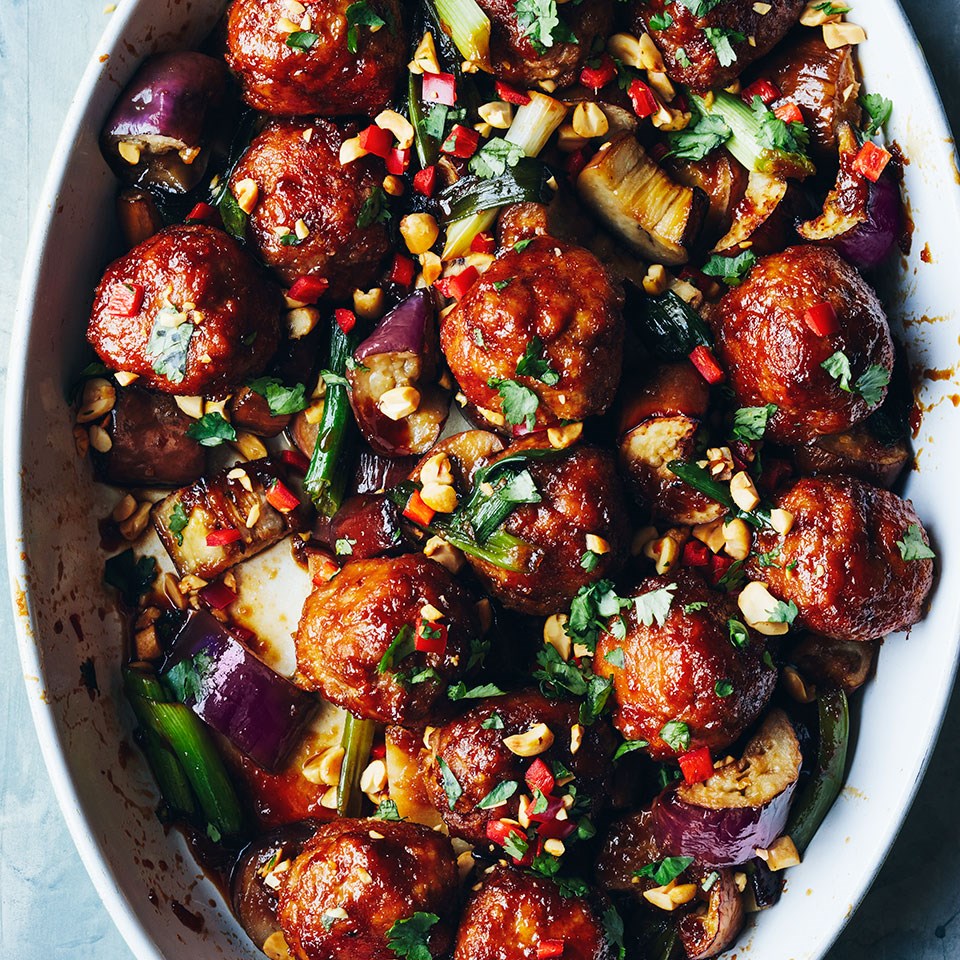 Tamari is a great option for people who want all the flavor of soy sauce, but can't eat gluten. Tamari is brewed in a very similar way to soy sauce, but wheat is not used. You can purchase reduced-sodium tamari, with numbers comparable to reduced-sodium soy sauce. Tamari can replace soy sauce in recipes, and many people won't notice any difference between the two. Note: Tamari is not soy-free and should be avoided if you are allergic to soy.

Coconut aminos is actually a sauce made from coconut sap. The sap is fermented and blended with salt to create coconut aminos, a savory soy-sauce replacement. Coconut aminos have become popular with Paleo and Whole30 dieters because those diets don't allow soy.

Coconut aminos has far less sodium than soy sauce, 90 mg per teaspoon compared to 290 mg in soy sauce. And for people with allergies or food sensitivities, it's a soy- and gluten-free way to add a hit of umami to dishes. This isn't a perfect swap for soy sauce—you may notice it's a little bit thinner and sweeter—but can be a really great option for people with food allergies, or for those looking to reduce their sodium intake.

If coconut aminos don't soothe your soy sauce cravings, try Bragg Liquid Aminos. This smoky soy concoction is non-GMO and gluten-free. It's made from soybeans and purified water, and tastes similar to soy sauce but with an extra smoky kick. According to the manufacturer's website, a 1-teaspoon serving contains 320 mg of sodium, which is on the high side. But since it comes in a spray bottle, you can easily use less by just lightly misting where you want to add some flavor. Note: Bragg Liquid Aminos is not soy-free and should be avoided if you are allergic to soy.

What If You Still Want to Use Soy Sauce?

It's OK to use soy sauce in moderation if you do not have any dietary restrictions. Plus, most brands carry a reduced-sodium soy sauce. While regular soy sauce has 300 to 400 mg of sodium per teaspoon, the reduced-sodium versions usually have about half that.